Cockburns of Leith is Scotland’s oldest wine and spirits merchant. Founded in 1796, the history of our company reflects how wine and spirits, bottled and shipped in Scotland, have been savoured here and across the world for over two centuries.

From the vineyards of Bordeaux to the docks of Leith; the claret which adorned the debate salons of Enlightenment Edinburgh, powering its creative genius; and, finally, the ships that took fine wine and spirits to the far reaches of India, North America and the Pacific in the nineteenth and twentieth centuries, the Cockburns name connects it all.

In that time, our customers have counted the great and the good. Among them, Sir Walter Scott, a regular client and friend of Cockburns during our early years; Charles Dickens; and even King George IV on his visit to Edinburgh in 1822 – the first of any British monarch in nearly two hundred years – for which we added a Royal Warrant to our name.

Today, we are purveyors of that legacy. We continue a Cockburns tradition in excellence and conviviality, supplying the very best of global wine and spirits to customers from our wine store in the heart of Edinburgh’s New Town across Scotland and the UK.

Our name and origins date back to a business idea concocted in 1796 between two brothers – John and Robert Cockburn. Their family – the Cockburns – were at the pinnacle of Edinburgh’s cultural and commercial society and they set out to supply their circles with the very best wine and spirits, connecting Scotland to the world.

John and Robert’s older brother, Lord Henry Cockburn, was an eminent lawyer, judge and literary figure who rose to become Solicitor Advocate for Scotland, a de facto ‘minister for Scotland’ in the cabinet during the days when Edinburgh lacked a parliament. He is remembered today for Cockburn Street, nestled in the heart of Edinburgh’s Old Town, and the Cockburn Association which today is dedicated to the protection of Edinburgh’s built heritage.

Former generations of the Cockburns were as steeped in the history of Scotland’s wine trade as Robert and John. There are records of Cockburns selling wine between Scotland and England during the reigns of James VI and Elizabeth I in the late sixteenth century, including an account where some three hundred pounds worth of cargo was seized by pirates during a voyage north from London.

Closer to home, Robert and John’s mother, Janet Rannie, was connected to another Leith-based wine merchant, Rannie, Bell & Co, where the two brothers were apprenticed and continued the family profession. It was surely here where their early interest and skills developed into a new ambition to build their own ocean-going wine and spirits company – from the streets of Edinburgh to the world.

A hot bed of genius

Setting up shop on Duke Street where one of the brothers’ first warehouses still stands, Cockburns of Leith, or Cockburns & Co as it was known, quickly became associated with the great and good of Edinburgh cultural and commercial society.

The city was in the full throes of the Enlightenment at the exact moment Robert and John set out. This was an era when Scotland’s intellectual, cultural and commercial life took to new heights and the ideas crafted in Edinburgh earned it the title “a hot bed of genius” by none other than Robert and John’s brother, Lord Cockburn.

The wares that the brothers supplied to the city and business leaders, philosophers, lawyers and judges were crucial to the intellectual ferment taking place at the time. Robust debate took place across the dining tables and in the salons of Edinburgh, fuelled by the claret, port and whisky supplied by the Cockburns which they welcomed into dock only a mile down the road in Leith. The Scottish Enlightenment is also renowned for its connections to continental ideas and we have no doubt that the clarets of Burgundy, Madeira port, and Dutch jenever (or gin) were key to expanding the horizons of the day’s great minds.

Among the Cockburns’ most active customers, which counted Dukes, Earls and Marquesses, was none other than Sir Walter Scott, Scotland’s pre-eminent novelist of the day. He and his wife, Charlotte, referred to Robert, who emerged as the lead partner of the business, as “my dear Cockburn”, indicating how warm the friendship was. On several occasions throughout the 1810s and 20s, Sir Walter ordered vast quantities of bottled sherry, madeira, whisky and rum to stock his country pile at Abbotsford. He also ordered more modest quantities to his home on Castle Street. 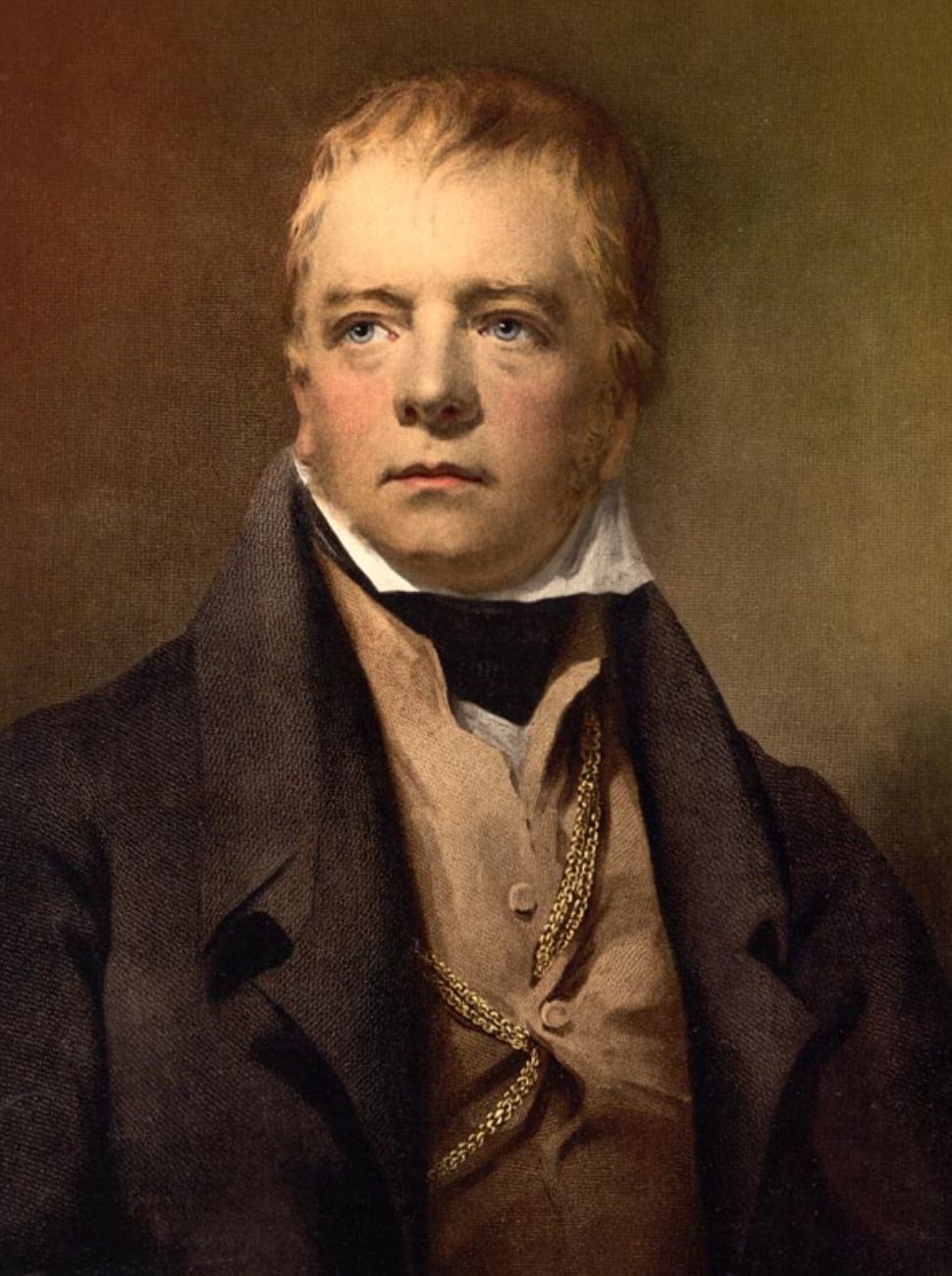 In 1815, building on the great early success of the new business, Robert returned to Portugal where he had lived for four years as a soldier during the Napoleonic Wars. Here, he founded a port wine company which survives to this day as the world-renowned Cockburns Port. Robert soon returned to Scotland leaving the port company to his two sons, Archibald and Alexander. The two brands enjoyed a warm relationship and the association of the Cockburns name with the very best quality wine and spirits grew in fame around the United Kingdom, its burgeoning overseas territories and across the world.

With the growth of Cockburns of Leith into new markets, the time came for Robert and John to part ways. In 1831, John entered into a new partnership to establish a fellow wine merchant business, Cockburn & Campbell. While the new venture largely focused on the London market with a smaller Edinburgh presence, Robert remained with the original Edinburgh business. Cockburns of Leith’s sister company would go onto similar renown, supplying its wares to the elite of London society, including prime ministers.

In 1844, Robert passed away, leaving Cockburns of Leith to pass into private hands where it rose to new heights of success. During the 1840s, the business expanded to bigger dwellings on Constitution St in Leith and later opened additional offices in Glasgow, Edinburgh and London. The latter two – 2 Randolph Place, Edinburgh, and 8 Lime Street, London – remained as the company’s headquarters for nearly a hundred years from the 1880s. In both cities, Cockburns was active in commercial and cultural society.

The association between the Cockburns name and the top of British public life continued, including an order by Charles Dickens placed on New Year’s Eve, 1868.

Around this time, Cockburns of Leith took advantage of the great commercial opportunities opened up by Britain’s overseas links, including establishing a branch in Punjab, India. From here, Cockburn wares were supplied to soldiers and government officials serving in the British Raj, giving some flavour of the tastes savoured back at home. 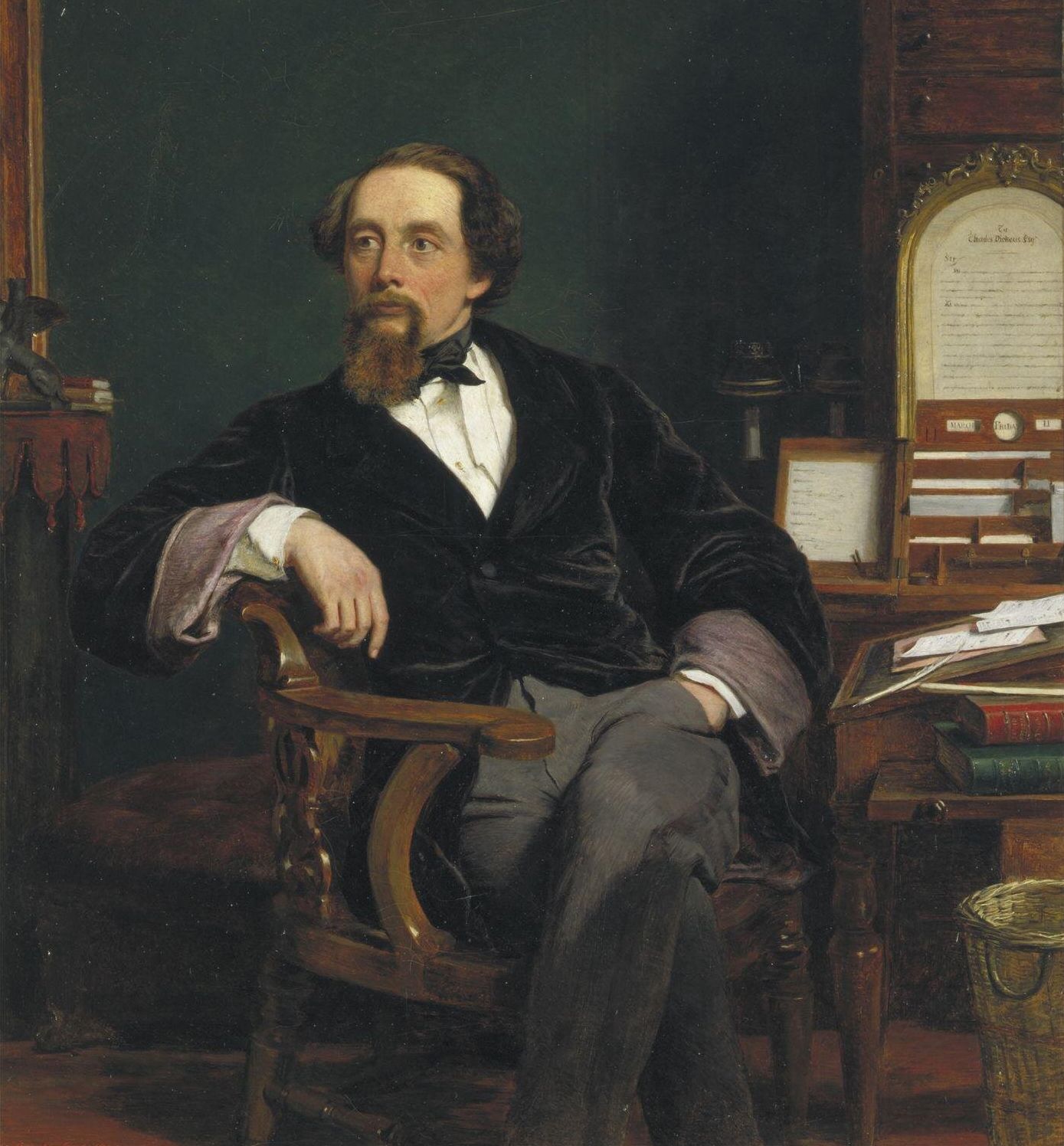 With roots firmly established in Edinburgh, London and elsewhere, but with a firm focus on Scotland, the Cockburns name enjoyed continued success throughout the early twentieth century.

However, uncertain times for the drinks trade matched those of the global economy. With the sustained globalisation of the sector from the 1950s onwards, and changing tastes that saw consumption shift from private collections consumed at home to licensed hotels, clubs and bars, independent wine and spirits companies like Cockburns of Leith were put under pressure to adapt and consolidate.

In 1973, the Canadian company Seagrams – once the largest drinks conglomerate in the world – spied opportunities in the Scottish wine and spirits market and acquired Cockburns of Leith. From there the company passed to Drambuie in 1983, at the time a family-owned Scottish drinks producer, when it moved to a new home on 1 Melville Place. Throughout the 80s and 90s, supper clubs and tasting evening were held here, inviting in a new generation of Edinburgh locals to enjoy Cockburns.

In 1993, the Wine Company (Scotland) acquired the company before it once again merged with JE Hogg of Cumberland Street in 1998.

In 2010, the company found its current and final home with Murray Capital.

From here, we are excited to begin a new chapter of Scotland’s oldest wine and spirits merchant. In 2022, following a rebrand, Cockburns will once again open its doors to the public in Edinburgh’s New Town, bringing one of our city’s most treasured names in drinking and hospitality full circle – home. 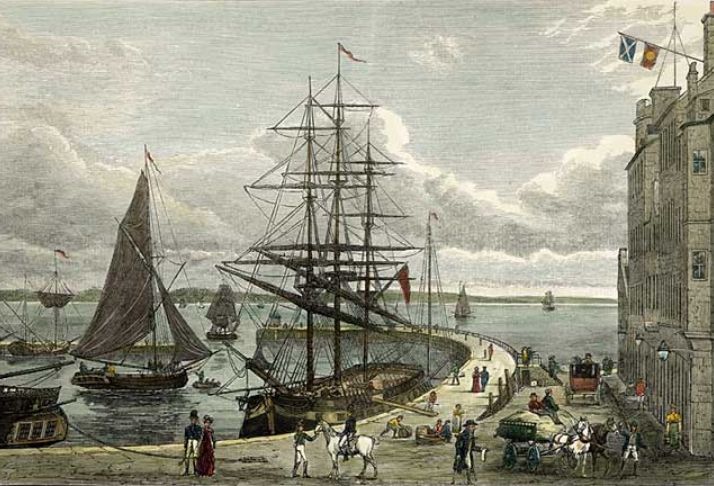 A snapshot of Cockburns of Leith and our rise in prominence 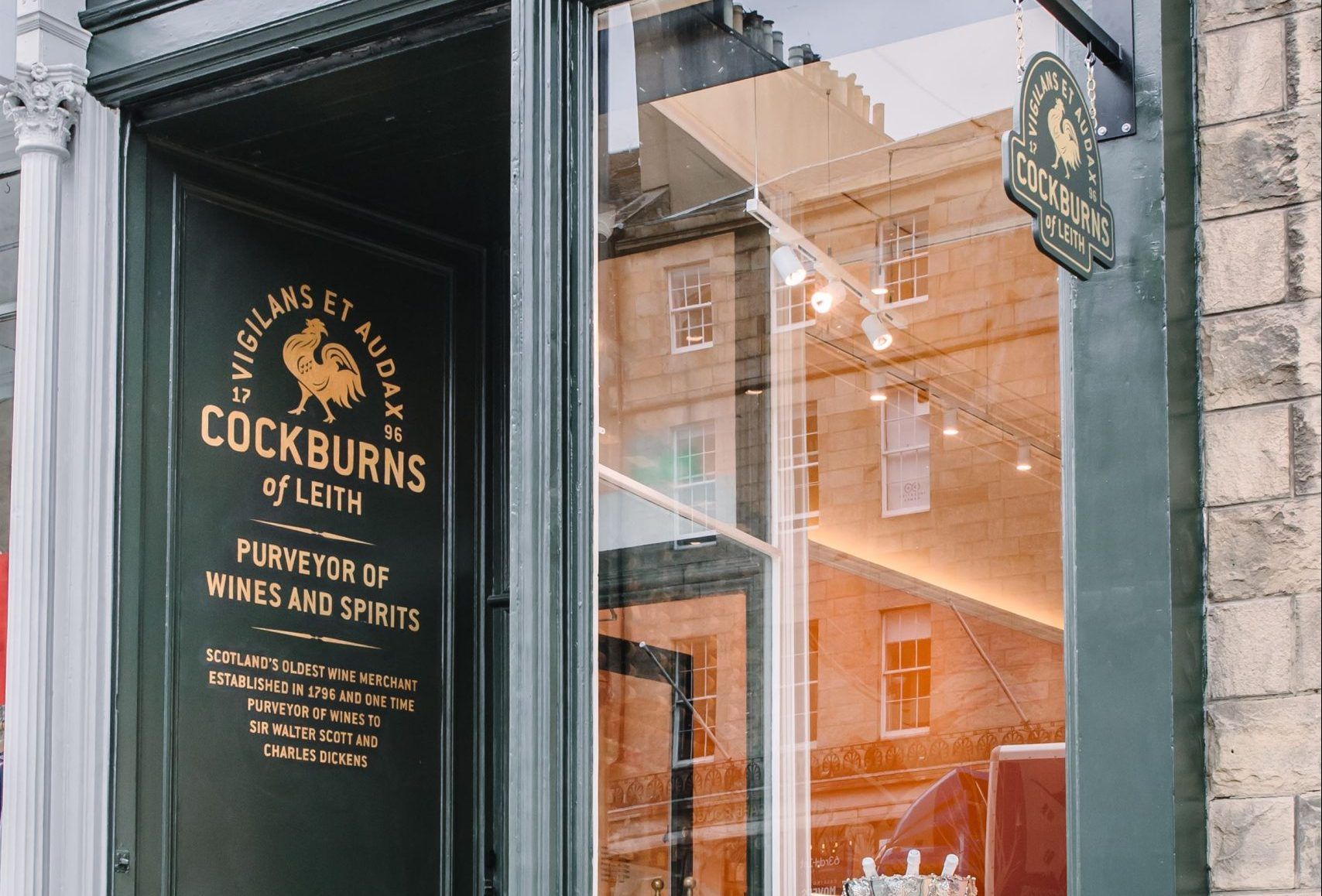 Take a virtual tour of our new flagship store in the heart of Edinburgh. 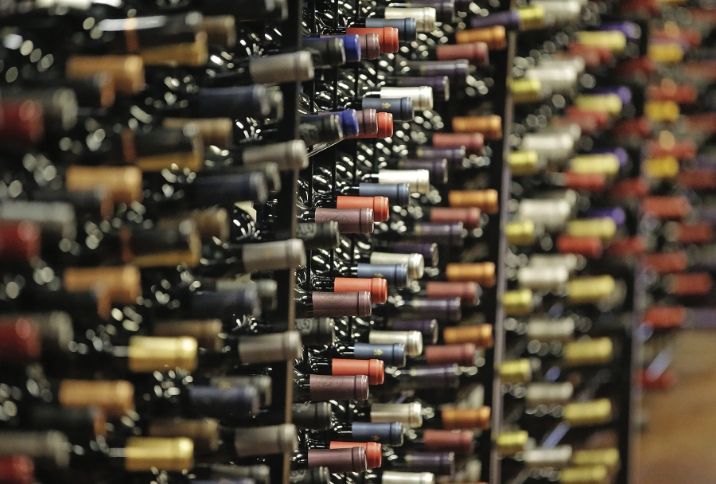 Find our full range of carefully selected wines at our webstore.

Go to Shop
We use cookies on our website to give you the most relevant experience by remembering your preferences and repeat visits. By clicking “Accept All”, you consent to the use of ALL the cookies. However, you may visit "Cookie Settings" to provide a controlled consent.
Cookie SettingsAccept All
Manage consent

This website uses cookies to improve your experience while you navigate through the website. Out of these, the cookies that are categorized as necessary are stored on your browser as they are essential for the working of basic functionalities of the website. We also use third-party cookies that help us analyze and understand how you use this website. These cookies will be stored in your browser only with your consent. You also have the option to opt-out of these cookies. But opting out of some of these cookies may affect your browsing experience.
Necessary Always Enabled
Necessary cookies are absolutely essential for the website to function properly. These cookies ensure basic functionalities and security features of the website, anonymously.
Analytics
Analytical cookies are used to understand how visitors interact with the website. These cookies help provide information on metrics the number of visitors, bounce rate, traffic source, etc.
SAVE & ACCEPT